…at The Shore Club with Australian winemaker who is traveling Canada for meeting, networking, conversing, educating, dining and, of course, wining with various industry professionals to promote Barossa Valley Estate.

By guest writer Kenneth Law
The food was excellent and certainly not run of the mill plates that you could find, solidifying its fine dining status from the go. The dishes were very aromatic and it was obvious attention to fine details were paid to. Taste was very balanced and the appetizers and entrees we ordered relied strongly on the natural flavors of the ingredients. This is unlike many fine dining experiences I’ve had where they decided to put the meal on top of a plate of salt instead of the other way around.
Read the Full Article >>

…20+ restaurants are offering set menus at fixed prices for the annual “Taste of Yaletown”.

Looking for something to do? Every Monday morning, we present to you “Modern Mix Monday”, a brief but link-filled one-liner review of our past weekend loaded with suggestions to inspire you for your next! 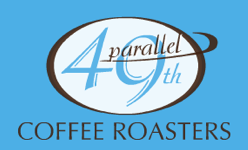 On Saturday, I went to 49th Parallel (2152 West 4th Avenue) for coffee. 49th Parallel is a local (Burnaby) coffee roasting company which supplies coffee beans to buyers all around the world and is founded by the same guys who brought us Caffè Artigiano. I have only been to 49th Parallel twice, but it’s a great meeting spot to take a break from shopping along West 4th. Last time I ordered the Blue Earl Grey which came in a cute, baby blue teapot. This time, I ordered off the menu, a Chai Tea Latte.

Voya Restaurant & Lounge (1177 Melville Street) is inside the new Loden Vancouver boutique hotel which is located in the rapidly developing area of Coal Harbour in downtown. Its name is derived from the word “voyage”, aligning with the thought that food can transplant the diner to places never before experienced. Their internationally fused dishes will feature fresh, local and organic ingredients.
.
Read the Full Post >>

The fourth annual Taste of Yaletown is happening this year from October 14th to 26th.

Over 20 Yaletown restaurants will be offering special three-course tasting menus at set price points of $25, $35 and $45 with a portion of proceeds raised at each restaurant donated to The Greater Vancouver Food Bank.