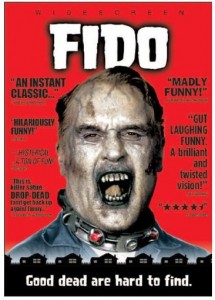 Modern Mix Vancouver visited Qoola (1116 Denman Street at Davie) for frozen yogurt and sampled four different flavors of fresh frozen yogurt, ate two full sized yogurts topped with fruit, had a waffle topped with syrup and fresh fruit, and a bowl of super-healthy acai breakfast bowl with bananas and got sent off two cups of tea for the road. With our brains loaded full of information about business plans, green initiatives, a commitment to freshness, grassroots marketing and our tummies full of frozen yogurt, we are excited to be working on an upcoming article featuring Qoola.
.
In the meantime, check them out for yourselves at Qoola’s in-store official grand opening party this Saturday, February 14th from noon to midnight. Anyone who brings in 2 cans of non-expired food on that date will receive a free Small “Qoolala” with 1 topping of your choice. All canned food will be donated to the Greater Vancouver Food Bank Society.
.
Facebook Event: HERE.
Evite: HERE.
. 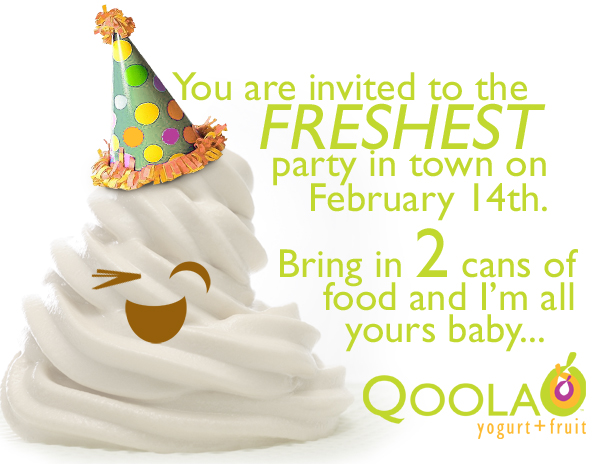 I don’t know how to say it any better! So here is the press release information for Yaletown’s Hamilton Street “Doll-It-Up” Beauty hop on February 14th and 15th:
.

Meet the prettiest block that Yaletown’s got at the Hamilton Street Doll-It-Up Beauty Hop! Home sweet home to Skoah, Beautymark, Blo Blow Dry Bar, Noir Lash Lounge and Boudoir. To celebrate the date, every shop is doling out sweets and treats and a $25 gift certificate to Boudoir with any service booked for February 14th. Get primped in just one stop, this Valentine’s Day or any day you need a little pretty. Skoah will be sending all their facial guests go home with a Lover’s Loot bag filled with cheeky treats and surprises guaranteed to spice up the weekend.
.
Down the block, Beautymark has a goodie bag of deluxe-sized samples of their fabulous brands to go with that fabulous makeover. Just a few doors down, Blo Blow Dry Bar offers up 7 catwalk quality styles or whatever your a-la-carte-heart desires. As if the hair isn’t enough, cover is covered at Love Lockdown (Feb. 15, Republic). Right next door, Noir Lash Lounge is giving away those coveted Noir mirrors and products from Skoah with every lashing. The perfect finish to a perfect day of pampering? Bring your gift certificate to Boudoir to find the perfect dress to fit any occasion. We’ve lined it all up, now just come down and visit the Hamilton Street Doll-It-Up Beauty Hop. 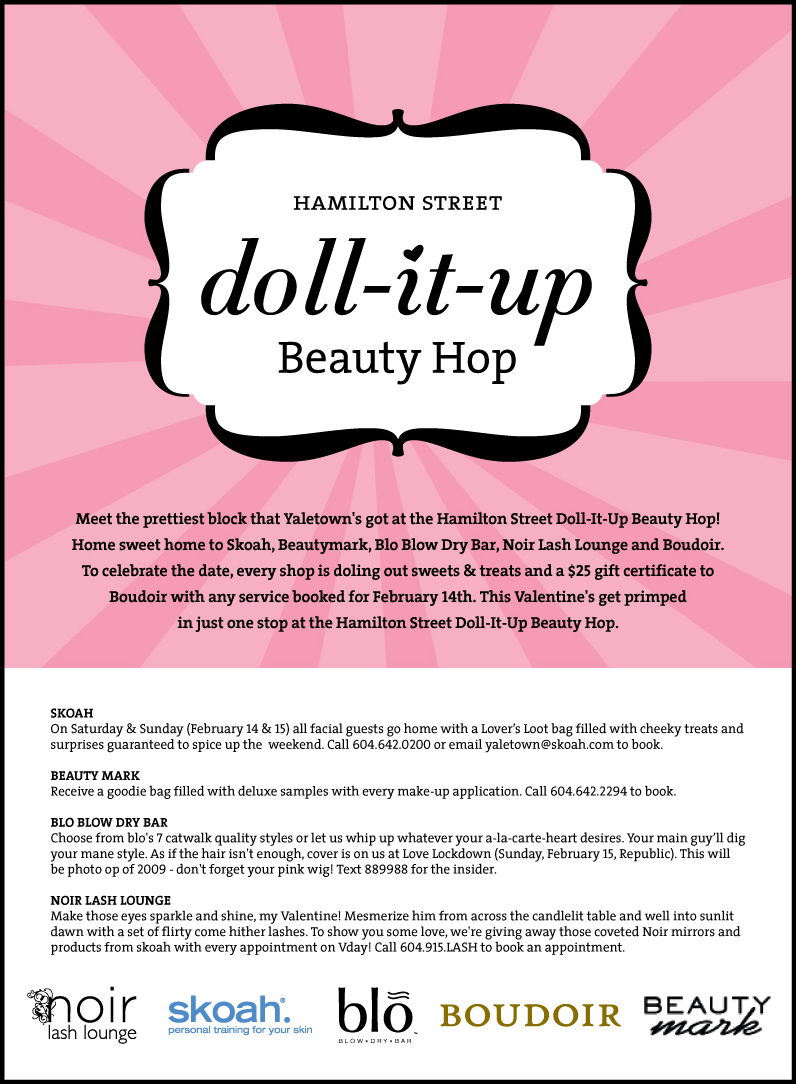 My friend Melody from Cup of Red sent me an invitation to Pearl Drops Teahouse‘s “Open Teahouse Cocktail Night” @ 422 Willingdon Avenue in Burnaby. If you’re in the area, you should stop by for tea beverage sampling and yummy hord ‘oeuvres from 7pm to 10pm. There will also be door prizes. Who knows, maybe this will be your new favorite watering hole for Asian beverages and more! For more information, check out the Facebook Event.

Another artsy post for the weekend. The LES Gallery (1879 Powell Street) will be featuring the “Various Business” exhibition, an exhibition of three Canadian painters of varying styles, aesthetics and concepts. Although these local artists, Margaux Williamson (Fine Arts, Queens University), Laura Piasta (BFA, Emily Carr) and Julia Feyrer (BFA, Emily Carr) share the same medium, it is acknowledged that “through comparison we are able to measure individuality”. The opening reception will be on February 7th from 7pm to 11pm, and the exhibition runs for a month until March 7th.
.
LES Gallery is a small but growing commercial gallery in Vancouver, BC that’s proud to support and feature a roster of local and international artists. The focus of this intimate gallery is to push for new and innovative ideas with the shows it produces as well as with the artists it represents.
. 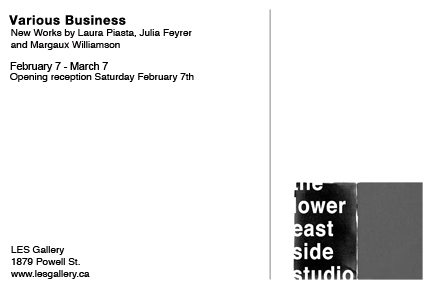 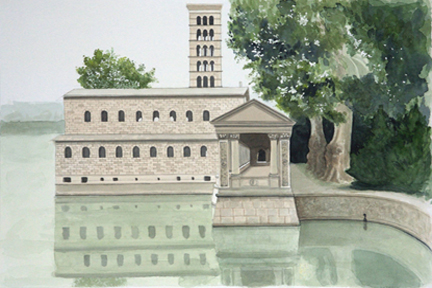 ABANDONED is a photographic exploration on the beauty of being left behind. Mischa Bartkow, who has contributed his photography to MMV in the past, is excited to share this personal and iconic collection with you at his first solo show in Vancouver. The exhibition runs from February 5th to March 20th, but the opening reception is on Thursday February 5th, from 7pm to 10pm with live music and wine at The Beaumont Gallery (316 West 5th Avenue). To see more of Mischa’s work, visit www.mischabartkow.com.
. 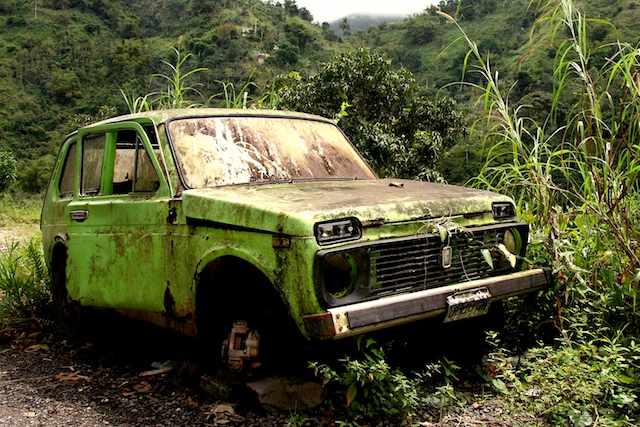