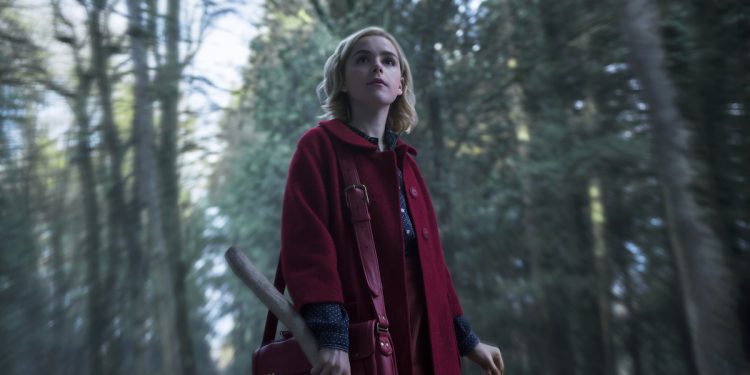 Launch on Netflix on October 26: The Chilling Adventures of Sabrina

Launching on October 26 on Netflix in time for Halloween, Chilling Adventures of Sabrina, imagines the origin and adventures of Sabrina the Teenage Witch as a dark coming-of-age story that traffics in horror, the occult and, of course, witchcraft. This adaptation finds Sabrina wrestling to reconcile her dual nature — half-witch, half-mortal — while standing against the evil forces that threaten her, her family and the daylight world humans inhabit.

To mark the launch of of this highly anticipatedSabrina the Teenage Witch reboot, the Spellmans are opening their doors over Halloween weekend for fans to experience their home and all its witchy delights. On October 27 and 28, visit the Spellman House (AKA Vancouver’s Cecil Green Park House) to get a witchy makeover, enjoy a potion or two, find their own familiar and get a sneak peek at the bewitching world of #CAOS.

This new Netflix Originals series is produced by the Executive Producers of Riverdale.  Watch the official Netflix trailer below for a sneak peek :