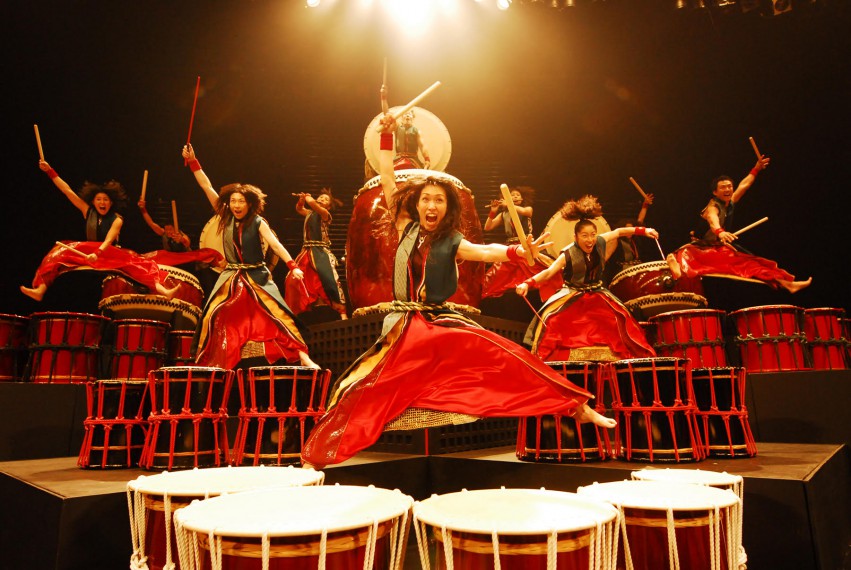 For one night only, Yamato, The Drummers of Japan, will take Taiko drumming to new heights with its debut performance of Bakuon in Vancouver at Queen Elizabeth Theatre on February 6.  Yamato will deliver an evening of heart-pumping musicality and athletically-charged technical prowess. Highly regarded for their physical strength and extraordinary musical talent, Yamato is praised for both their energetic technical feats and entertaining, humourous escapades on stage.

Founded in Japan in 1993 by Artistic Director Masa Ogawa, Yamato is committed to preserving and celebrating the ancient Japanese art form of Taiko drumming, fused with a youthful and invigorating approach to the historically rich tradition. Different from other Taiko drumming performers, Yamato always performs a score of originally composed contemporary music.

The group performs on Wadaiko drums, ranging from the size of a dinner plate to over a meter in diameter, including the Odaiko drum, hewn from the massive trunk of a 400-year-old tree. An edge-of-the-seat, breathtaking experience, Yamato presents a visually spectacular performance that showcases the power, grace, and precision inherent in every member of the dedicated and highly skilled ensemble.

Over the last two decades, Yamato has performed in more than 50 countries and in front of more than five million people of all ages. Touring for six to ten months of every year, the in-demand Japanese group continues to amass an ever-growing, international following who eagerly await return performances in cities around the world, including the UK, Berlin, Cologne, Sao Paulo, and throughout their native Japan.