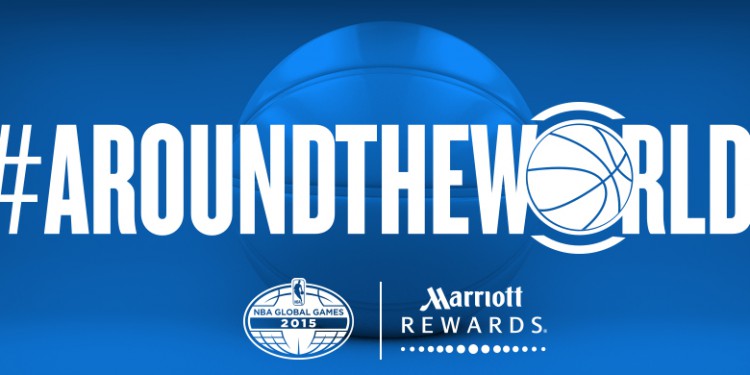 The Marriott Hotel’s reward program just scored its members some new perks by teaming up with the NBA as the Official Hotel Partner of the 2015-2016 NBA Global Games.

Marriott Rewards is a frequent traveler program that rewards exclusive membership privileges when members travel, as well as a choice of frequent flyer miles in preferred airline programs, or points toward free vacations.

With their new partnership with the NBA, Marriott Rewards members will enjoy private meet-and-greets with NBA legends and players for its members, such as this Sunday’s NBA pre-season match in Vancouver with the Toronto Raptors vs. the LA Clippers at Roger’s Arena.

Modern Mix Vancouver will be watching from the sidelines this Sunday and tweeting from @ModernMixVancouver
with the #AroundTheWorld hashtag. We will also be participating in a meet and greet with retired NBA athlete Muggsy Bogues! Sounds like a pretty awesome perk for NBA fans, no?

In addition, Marriott Rewards members can look for the opportunity to enter in an upcoming elite #AroundTheWorld sweepstakes for an once-in-a-lifetime chance to win a trip and tickets to an upcoming NBA global event.

So, for travellers and stay-cationers alike, make sure you sign up for the Marriott Reward program, and reap the benefits the next time you’re staying at any one of their 4,000+ hotels in 70+ countries, or shopping or flying with their rewards partners.

This post was written in partnership with Marriott Rewards.

A Rewarding Experience at the Raptors vs. Clippers NBA Game at Rogers Arena