Over the past few months, Modern Mix Vancouver collaborated with T-fal Canada to create a series of three unique recipes which utilized the unique features of their new T-fal Canada Ingenio Gourmet collection.

Knowing how Modern Mix Vancouver constantly showcases our dining experiences, surely, if provided with the right tools, we’d be able to create some delicious dishes of our own.  With the versatility of having a genius handle which detaches from the pot and pan, the recipes we came up with included: a Bocconcini Melt on Toasted Baguette Rounds with Arugula, a Prawn Risotto Topped with Crispy Kale, and a Berry Basil Bake, served with Ice Cream and Caramel Sauce. 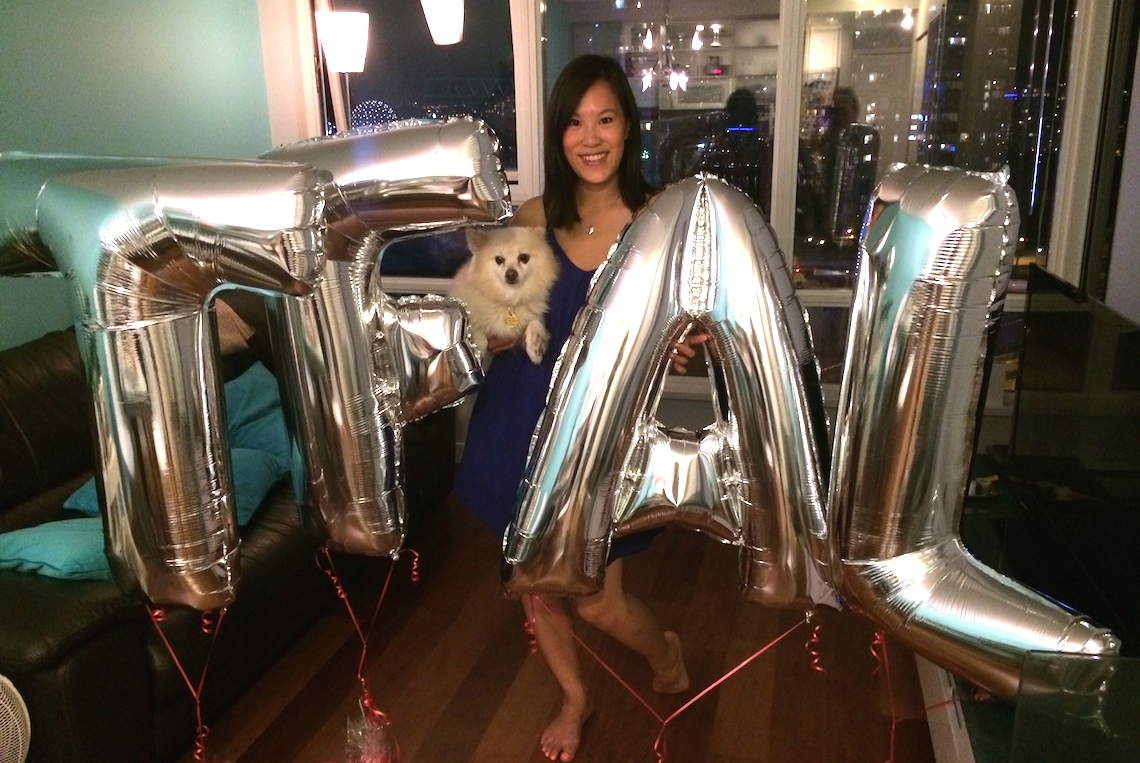 All of this planning cumulated into an intimate dinner party hosted in Yaletown, where one of Modern Mix Vancouver’s lucky readers would be prized with a seat at our #ClickToCook dinner party.

Our final four guests at my dinner party were myself and my boyfriend Steve, my friend Farrah, as well as our special winner Matt. 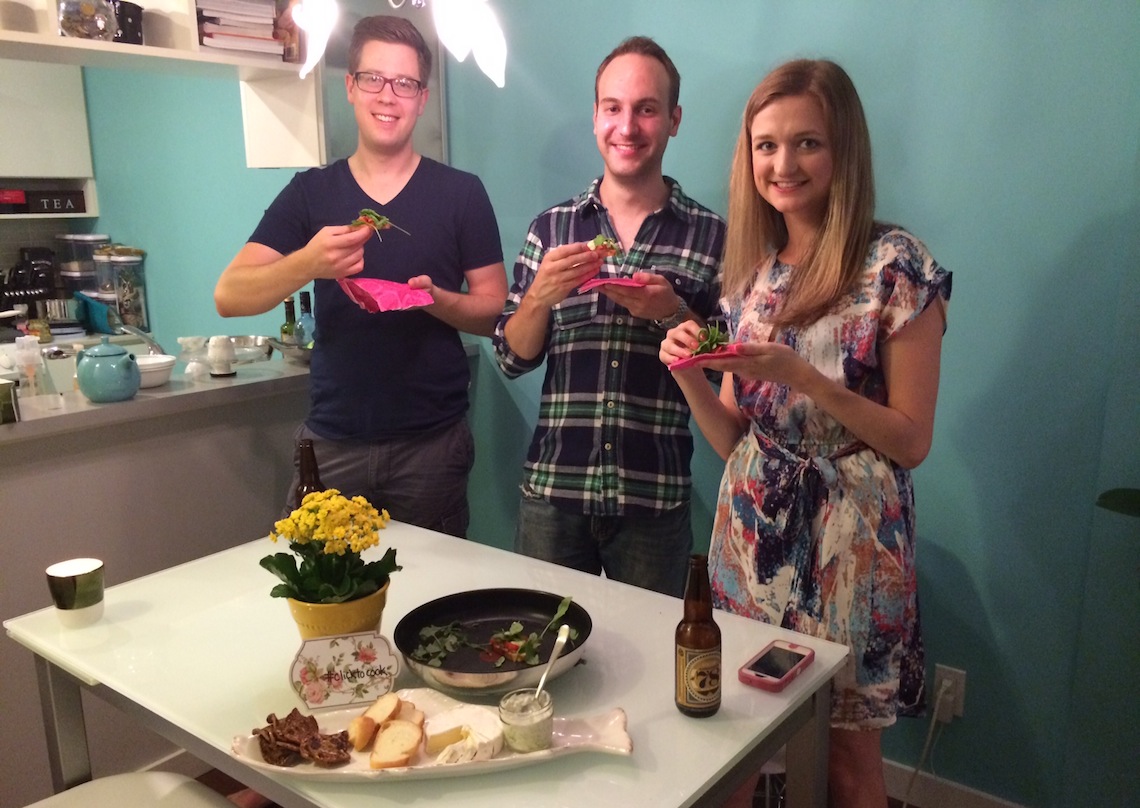 On the day of our dinner party, my boyfriend and I had an extremely busy afternoon preparing for our event.  For our fresh groceries, we spread ourselves out in Vancouver – shopping at Safeway for our staples, Kin’s Farm at Oakridge Centre for fresh veggies, and Whole Foods for the rest – including a cute pot of yellow flowers which made a simple and happy centrepiece. 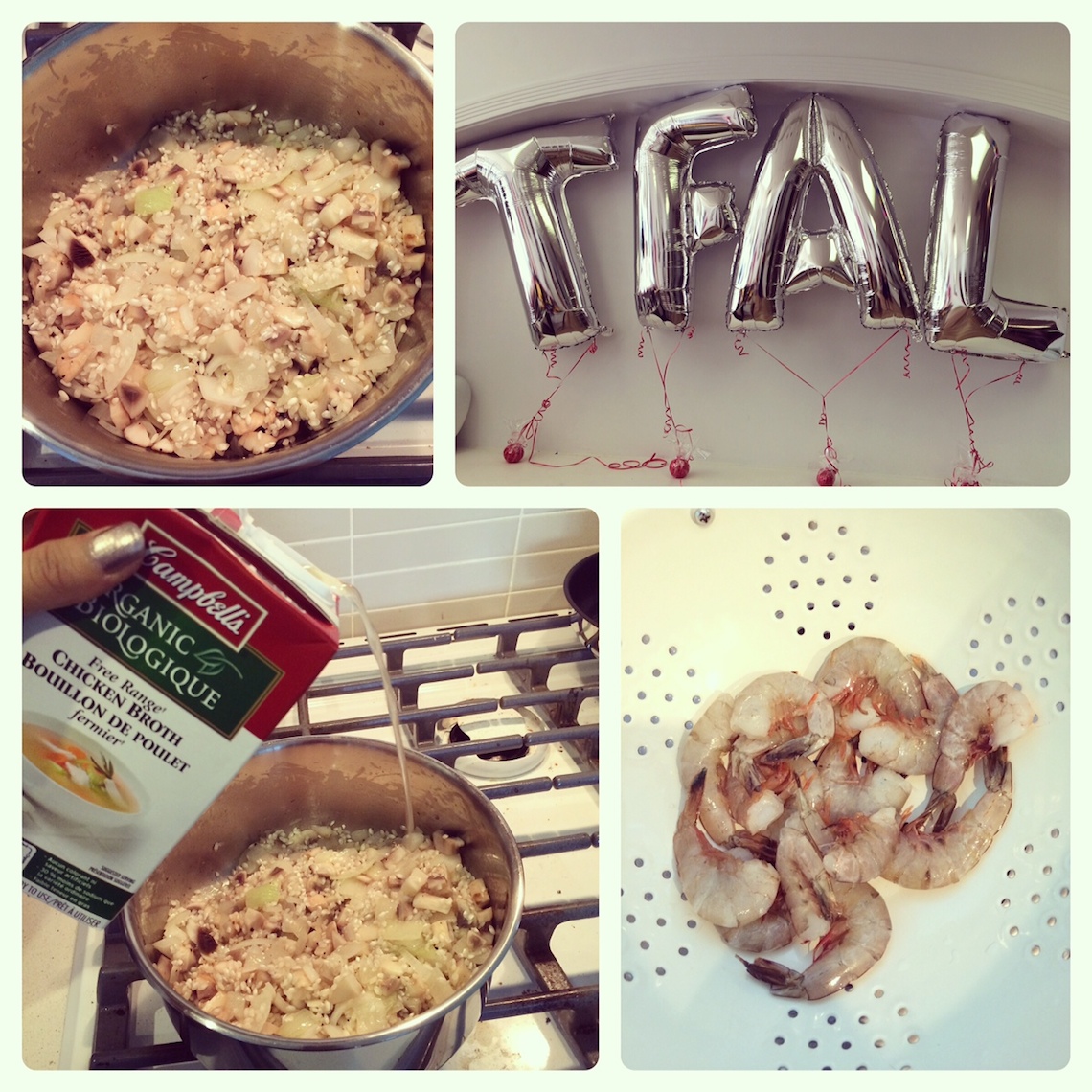 For additional decor, we went to Balloon Studio on Kingsway and bought those ultra-trendy oversized metallic helium alphabet balloons to spell out T-fal.  At $12 for each balloon, it was certainly a bit pricy.  Fortunately, T-fal is only four letters long, we joked.

The rest of the afternoon was spent preparing our dishes.

We started with a modified version of the Basil Berry Bake, which needed to be chilled.  Instead of using ice cream like in the original recipe, we lined martini glasses with greek yogurt and mixed with our homemade caramel sauce instead.  The rest of the bake was made in the same way, we just scooped the basil and berry on top of the yogurt for a prettier presentation. 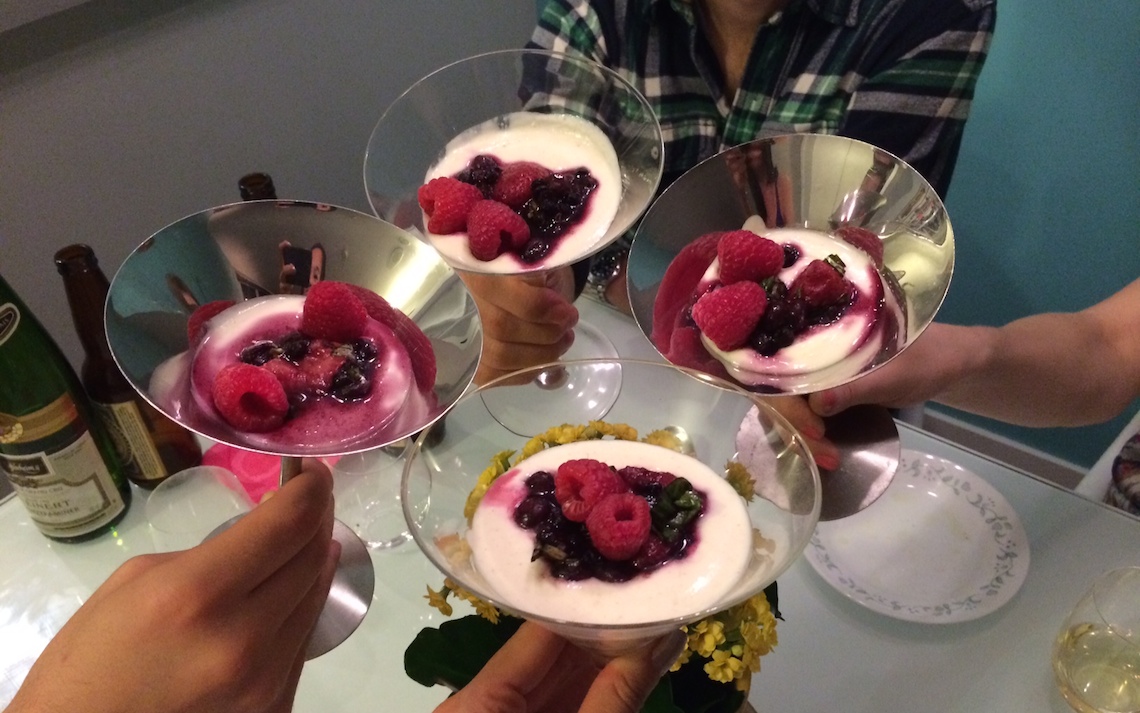 Next came the risotto which needed constant stirring and attention, and takes a total of 45 minutes to prepare.  When our guests were due to arrive, we began baking the Bocconcini Melt on Toasted Baguette Rounds, and also the crispy kale topper for the risotto dish.

If you recall, in order to enter our #ClickToCook dinner party, readers had to submit a short blurb about why they would make a good dinner party guest.  This is an excerpt from Matt’s entry:

I’m a fervent traveler, skipping between Europe and North America on a yearly basis, as well as having visited SE Asia, Australia, Central America, and South America. And tons of Northern Canada. Wherever I go I try new foods, from guinea pig (nice and crunchy bones) to grasshoppers (remember to pluck off the legs before eating).

I drink tons of craft beer (is it bad if I’m drinking while I write this?) and can talk hockey/soccer for hours. Just not golf. Because it’s a game. And not a sport.

After having Matt over for dinner, I realize that this was a pretty accurate portrait he painted of himself.  My boyfriend Steve, could probably also say the same things about himself – avid hockey fan, experienced traveller, and lover of craft beer, which meant the conversation was a constant flow for the entire night. 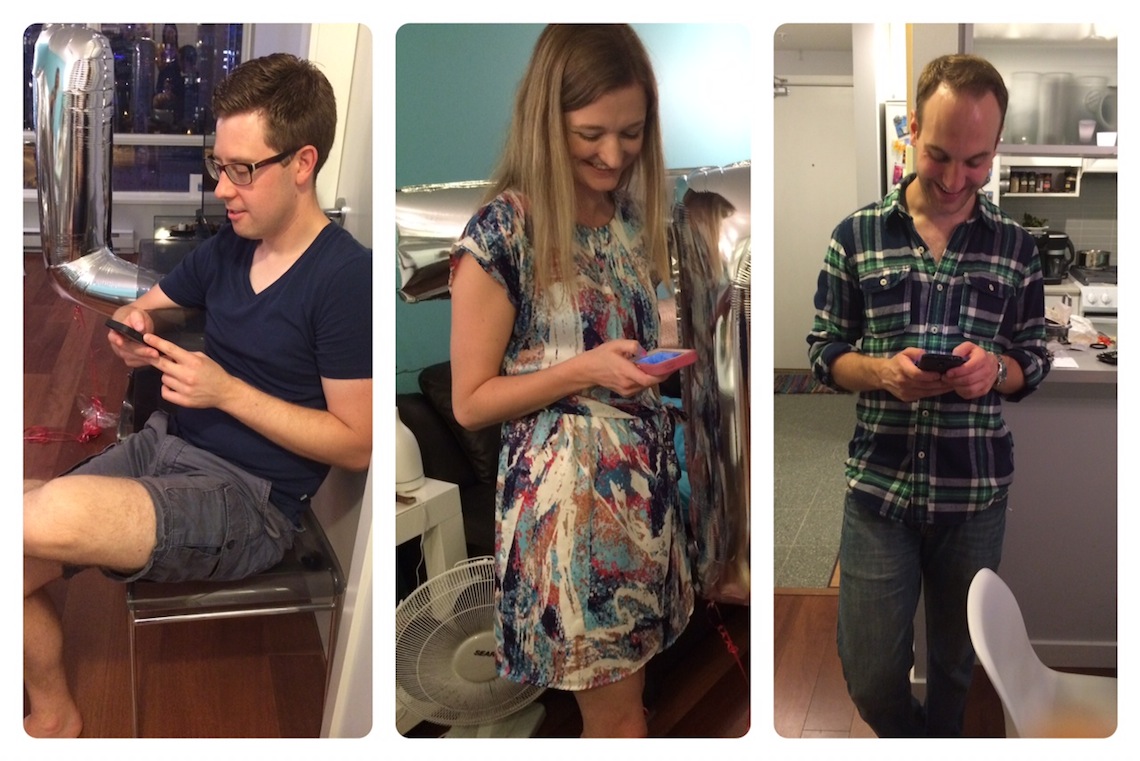 Taking a break from dinner to send a few #ClickToCook tweets

Overall, the evening went super well.  The T-fal Ingenio Gourmet collection lived up to its expectations, taking our dishes from the stove, to the oven, to the table, and then to the dishwasher too.

Wine, beer and conversation flowed the entire evening.   The dishes we served were well received, and the guests were pleasantly surprised about the convenient features of the T-fal Ingenio Gourmet collection, and its suitability for small-space apartment living.

For more information about the T-fal Ingeio collection, visit: http://tfalingenio.ca.

Win a #ClickToCook Dinner with Modern Mix Vancouver for You + 1