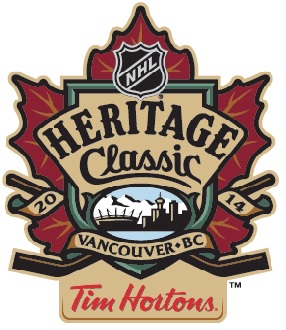 On Sunday, March 2, before the puck drops for the 2014 Tim Hortons NHL Heritage Classic, the parking lot outside the Plaza of Nations will transform into the 2014 Canadian Tire NHL Spectator Plaza. Festivities that highlight the event include:

The Spectator Plaza will be on between 9am to 1pm, on Sunday March 2.  For more details, visit: nhl.com/heritageclassic.

MMV Giveaway: Modern Mix Vancouver is giving away a 2014 Tim Hortons NHL Heritage Classic Prize Pack which includes a #HeritageClassic mug, an NHL Team Tim Card pre-loaded with $20 and an official 2014 Tim Hortons NHL Heritage Classic t-shirt (Men’s Large).  To enter, please “LIKE” the MMV Facebook Page at facebook.com/modernmixvancouver and ALSO leave a comment below about your favourite thing about Canada’s national sport, hockey!  One random winner will be chosen from the comments below and contacted via email. Giveaway ends Sunday March 2 (10pm PST).