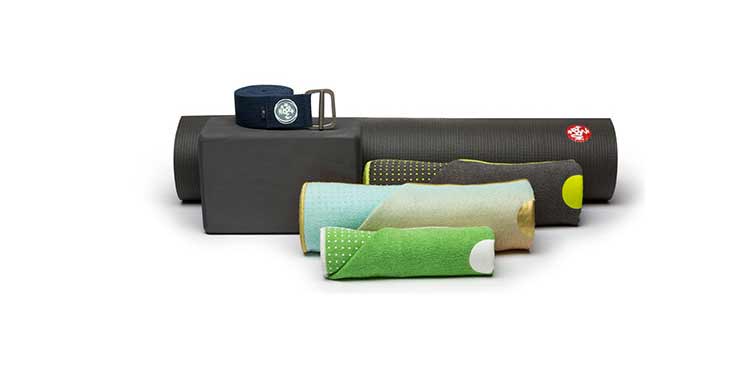 Manduka, a yoga supplies company, is kicking off the new year with a new collection of Yogitoes towels.  What makes these yoga towels special is their patented skidless technology: sillicone grip dots which provide the best grip in dry or sweaty conditions.  Also, Yogitoes towels are made from discarded plastic bottles woven into recycled poly yarn content, meaning it requires two-thirds less energy to produce.

Want to win new yoga gear?  Manduka’s #matifesto social campaign encourages fans and followers to share their personal intentions on and off the mat for a chance to win Manduka yoga gear.  Until January 31, use the hashtag #matifesto on Twitter and you will automatically be entered to win free yoga gear from Manduka.

Here are some of my my #Matifestos, be sure to Tweet @Manduka with some of yours!

Manduka products are available at various yoga studios and retailers across the Lower Mainland, including Y Yoga studios.