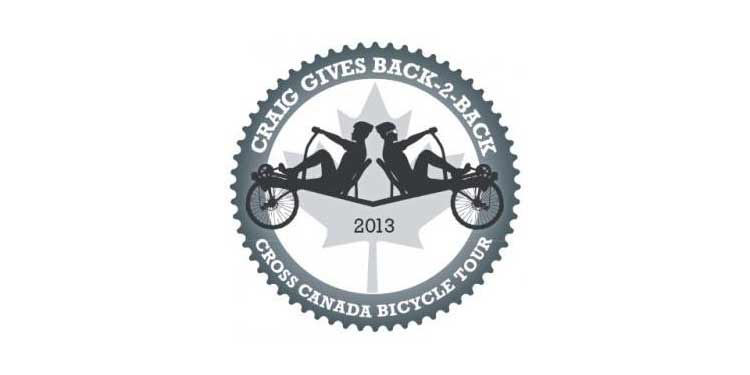 In an 85-day tour, Canadians Craig Aucoin and Lloyd McLean have embarked on an 8,200-kilometre journey, cycling from St. John’s, NL to Victoria, BC on a unique, tandem recumbent bicycle – the only one of its kind in Canada.  What’s extra special about this journey is that Craig Aucoin will be the first blind cyclist to accomplish the cross-country trek on a two-wheeled bicycle.

Twenty years ago, Craig developed Retinitis Pigmentosa in his youth which eventually resulted in blindness.   He couldn’t do the “normal” things which teenagers look forward to – at the age of 16, he had to give up all sports because he couldn’t locate the puck or the ball.  In the years that followed, Craig developed depression and other unhealthy habits.  But with the help of organizations like the CNIB, Canadian Guide Dogs for the Blind and the YMCA, he was able to turn his life around.  Look at Craig now – accomplishing a feat which would have been unthinkable for him 20 years ago.

Inspired by the likes of Terry Fox and Rick Hansen, Craig wants to motivate Canadians of all ages to overcome their personal challenges and adopt healthy, active lifestyles. This cross-Canada bicycle tour will be in support of CNIB, Canadian Guide Dogs for the Blind and the YMCA.  To donate to any of these organizations in support of Craig’s cross-Canada tour, click here.

The “Craig Gives Back” tour is taking place from from August 4th to October 27th.  Craig and Lloyd are expected to pass through Vancouver at the end of October.