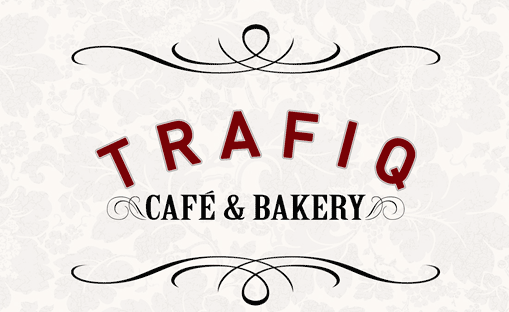 Trafiq Cafe (4216 Main Street) is a small coffee shop/bakery located on Main Street, a neighbourhood which has seen revitalization over the past few years and one that is home to many independent coffee shops. I first noticed Trafiq in early April, when signs of construction began and signage appeared on its brown paper-covered windows. Its Main Street location is the second of two, with the first being in West Vancouver. The cafe seems to have already established itself among the locals and fits right into the hipster-scene area. With a few tables outside and some sidewalk seating, the cafe drew in a steady stream of people of all ages on a pleasant Sunday afternoon.

On the food menu is an assortment of baked goods, pastries, and sandwiches and a small lunch menu, while on the beverage list is coffee, beer and wine – something quite different from most of its cohorts in the area as one of the few licensed coffee bars on Main Street. I was told by one of the counter staff that Trafiq’s coffee is supplied by a local Vancouver roaster, Urban Roast (However, research on the said company returned no hits on Google). That said, the coffee is delicious and the cafe definitely worth a visit!