Tales of the Cocktail 2011 – Vancouver Recap

Tales of the Cocktail arrived in Vancouver last week (March 13 to 15, 2011) for the first time ever.  Originally an annual event held in New Orleans, the organizers decided to bring the event to Vancouver given our city’s bar culture, appreciation and passion for cocktails and spirits.  The three-day event brought together mixologists, authors, bartenders for a celebration of the history and craft of cocktails.  Created with industry professionals and cocktail enthusiasts in mind, the event featured seminars presented by top mixologists and special events such as the BC Bar Crawl and Chambord’s Palais Royale. 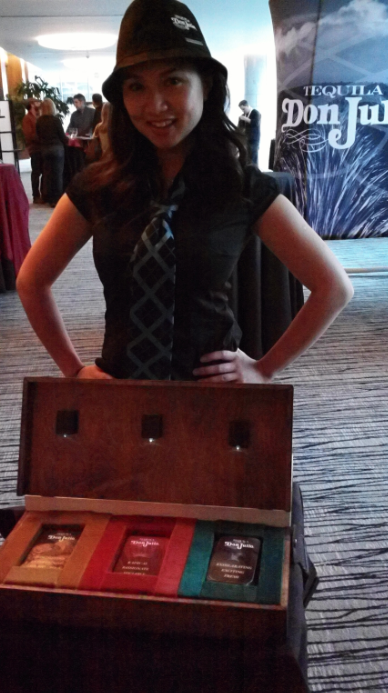 The official cocktail for Tales of the Cocktail on Tour Vancouver is the Dalhousie Cocktail, created by Vancouver’s own Jonathan Smolensky of Brix Restaurant and George Ultra Lounge.  Featuring plum-infused Gibson’s Canadian whisky mixed with a Chinese spirit (Domaine de Canton) and an Eastern European spirit (Zwack Unicum), the cocktail speaks to the diversity of Vancouver as the ingredients used represent the immigrant groups brought together to build the city.  The name of the drink, Dalhousie, originates from a train station in Quebec from which the first Canadian Pacific Railway train departed.

During the event, specialty cocktails were prepared by mixologists from Grand Marnier, the world’s first liqueur, and Don Julio, one of the world’s finest tequilas, at the Fairmont Pacific Rim.  Featured were the Grand Smash (my personal favourite), Grand Marnier’s twist of the classic mojito, and Don Julio’s Agave Drop made with Tequila Don Julio Blanco and agave nectar.  Don Julio ambassadors were on hand to introduce their three drinks.  Delegates were asked to choose one of three cards and three personality traits were printed on each one.  On the back of the card was a drink made with premium Don Julio tequila that was based on your personality. 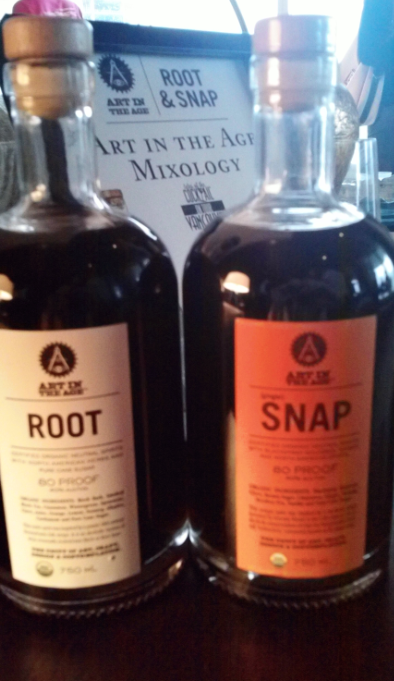 Other notables included exclusive tastings of Root and Snap, two soon-to-be launched spirits from Art in the Age in Philadelphia, and Canada’s cocktail, the Caesar.  The premise of Root and Snap is that they are both certified organic neutral spirits and made with a slew of North American herbs and spices (birch bark, cinnamon, cardamom, allspice, clove, anise, wintergreen, spearmint to name a few), pure cane sugar, fresh ginger and molasses.  Guests were invited to mix their own drinks using the two spirits in a private suite as well as sample special drinks prepared on site.

The Best Caesar in Town competition, presented by Mott’s Clamato, took place on March 14 at the Fairmont Pacific Rim and was won by Vancouver’s very own, Arthur Wynne of The Cascade Room, winning with 51.5% of overall votes.  Recipes were submitted during Mott’s Clamato’s call out in January and were judged by Len Fragomeni, the Dean of Caesar School, and a panel of experts from Mott’s Clamato.  Two recipes were chosen based on originality, taste and presentation and the finalists Wynne and Lauren Mote (The Refinery) prepared their drinks during Tales of the Cocktail on Tour Vancouver.

Crowned “King of the Caesar,” Wynne’s drink entitled Liquid Brunch Caesar was voted as the winner and beat out Mote’s Denman Street Caesar.  The uniqueness of his creation comes from the use of his roasted garlic and bacon infused vodka, which is infused for three days.  Similarly, Mote used Isi rapid infusion to create celery and nigella-seed bitters for her cocktail, which took second place in the competition.

The three-day event closed off with the BC Bar Crawl featuring the city’s top bars with stops at The Keefer Bar, L’Abattoir, Pourhouse, The Refinery and The Cascade Room.  Guests sampled unique and original cocktails prepared by the city’s finest bartenders made with special spirits before being whisked to a “secret” location in Gastown (later revealed as The Lamplighter) where the party started at exactly 11:59pm.

Chambord’s Palais Royale, the exclusive and final event to celebrate the end of Tales of the Cocktail Vancouver will take place March 21 at The Refinery.  Specialty cocktails will be mixed by The Refinery’s award-winning mixologist, Lauren Mote, using Chambord’s Black Raspberry liqueur crafted from raspberries and blackberries, Madagascar vanilla, Moroccan citrus peel, honey and cognac.  Modern Mix Vancouver will be present at the event.

This year’s Tales of the Cocktail returns to New Orleans July 20 to 24, 2011 with even more extensive seminars, culinary events, competitions, and special events showcasing products from the world’s top brands.  For event details, visit www.talesofthecocktail.com.