Tim Hortons’ – Roll Up the Rim to Win is back 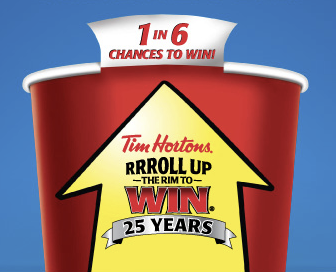 Celebrating its 25th anniversary, Tim Hortons’ Roll Up the Rim to Win is back, with more than 47 million prizes and better odds of winning (one in six) than ever before. Roll Up the Rim to Win is one of the world’s largest customer rewards programs. Created in 1986 as a “thank you” to Tim Hortons guests at 246 restaurants in Canada, the unique contest has grown into a global annual event at more than 3,500 restaurants in Canada, the United States and Afghanistan. The biggest prize in 1986 was a snack pack of Timbits. Since then, Tim Hortons has given away nearly 500 cars and hundreds of millions of coffee and donuts. 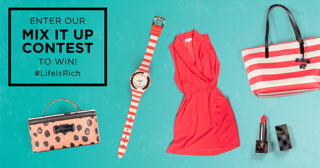 10 Things We Put on Our Baby Gift Registry (and Why)