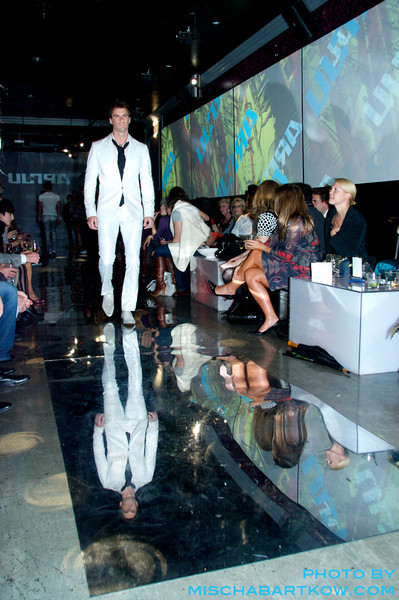 On October 16, 2008, Vancouver-born Christopher Bates debuted his menswear collection ULTRA in a runway show at Tunnel Multi-Lounge (622 West Pender Street), attracting a fashion-concious crowd in their mid-20’s to 30’s. As the show began, the crowd parted to the side as male models walked down a meticulously polished glass runway. The models walked quickly down the runway to the sounds of electro house while the ULTRA brand pulsated to the beat on the wide screens lining the walls of the club. Blazers, jackets, dress shirts and even t-shirts and tanks were all present on the runway for the Spring 2009 collection. The brightly colored soles of the models’ shoes could be seen reflected on the shiny runway. Euro-inspired with a hint of vintage – perhaps this is because Christopher Bates spent several years evolving his career in the fashion capital of Milan, Italy, while studying a challenging fashion design program at Istituto Marangoni. As the show reached its climax, the models climbed up along the sides of the wall and created a towering wall of models while designer Christopher Bates appeared on the runway, statuesque as ever, and accompanied by two models.
So what exactly is the ULTRA brand aiming for?

ULTRA is designed for men who are in their prime and seeking to distance themselves from the
mainstream. The name ULTRA should be interpreted literally as: going beyond what is usual or ordinary; excessive; extreme. This translates into a proactive approach to life. ULTRA men live for the moment and believe in pushing it to the limit. They lust for life and revel in their zeal. Their edge is energy. They are world travelers, adventurers, explorers, lovers, fighters, artists, leaders, individuals, risk takers and weekend warriors

The Gastown boutique Seventy Three (114-73 East Cordova Street) is expected to carry a selected preview of ULTRA by early November with the rest of the collection appearing in the new year. 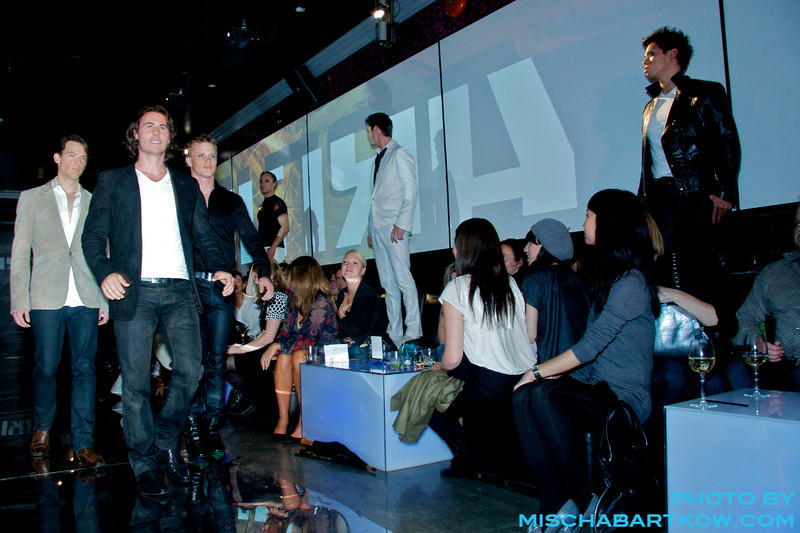