In a city like Vancouver where everything is moving towards digital, receiving a handwritten card feels like a novelty in an age where we are inundated with text messages and emails. Cards and notes written on stationery provide tangible evidence that someone is thinking of you, and the idea of someone taking time to put pen to paper and write a message means a lot more than it used to.

Not too long ago, I was at a dinner when one of my sentimental friends mentioned that she would much rather receive a thoughtful card, rather than a gift.  Then she proudly gestured behind her, to a display of cards that she had received over the past few months for various occasions.  Something like Q&A Letterbox would be perfect for my friend.

Introducing Q&A Letterbox, a Toronto-based subscription box company which specializes in cards, stationery, and other paper goods.  Beginning at $15/month (or $40 for 3 months, $150 for 12 months), subscribers receive monthly stationery-based surprises in the mail, consisting of curated, artisan cards and other goodies. 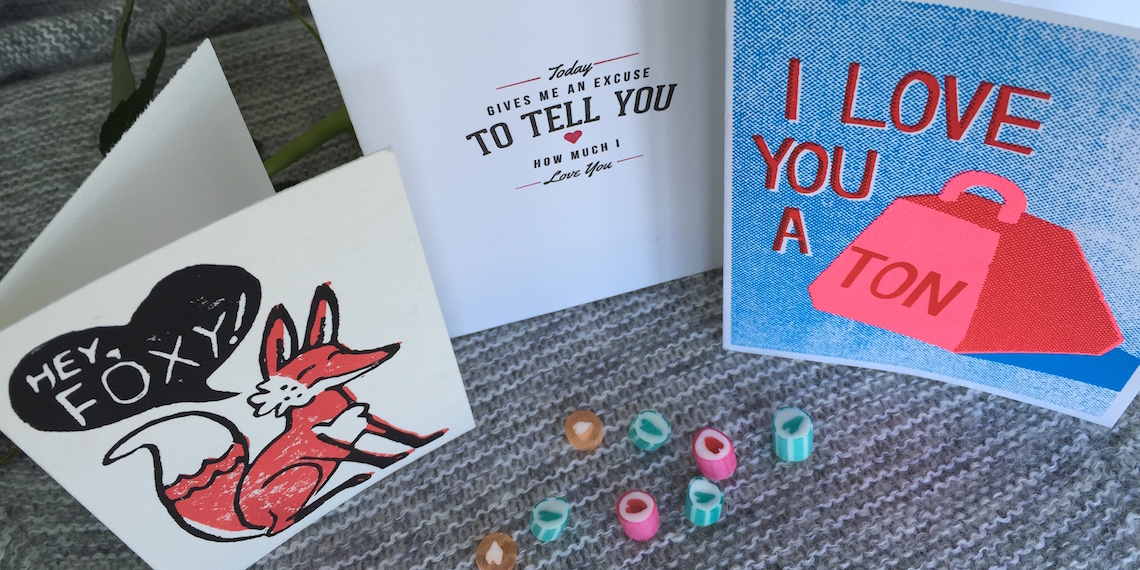 Subscribing to a stationery delivery service takes a type of selflessness – you are receiving a monthly paper-based surprise in the mail, yet the purpose of your received goodies, is to add to them with a meaningful note, and spread the love one mailbox at a time to your lucky recipients.

The founders of Q&A are Queenie Best of queeniescards and Andrea Raymond, an avid letter-writer and stationery blogger.  They connected through Instagram, met for lattes and talked about ways to collaborate.  A few short months later, they launched Q&A Letterbox in May 2014.

Read on for a Q&A with the “A” in Q&A Letterbox, Andrea Raymond:

Why the name “Q&A” letterbox?

As soon as we agreed to collaborate, we knew this was the right name for us. The Q and A refer to our first initials. Each month, we feature a Q&A with each of the featured designers as a way of sharing their creative process with our subscribers. We are committed to showcasing the great artistic and design talent that Canada has to offer. We’re always on the lookout for new designers across the country and like being able to share their work with others.

How have your lives intersected with stationery?

I’ve been sending snail mail for as long as I can remember, and in 2014 decided to commit to writing one letter each day (something I am still doing today). I love stationery and greeting cards and discovering new designers and artists. Queenie has her own super sweet and punny card line, queenie’s cards, which she decided to pursue full time in 2014, kicking off the year at the National Stationery Show in NYC.

What’s so special about snail mail?

Everything! We may be a bit biased though. Snail mail is a way of connecting to people and spreading love. Now that email has become the everyday norm, people miss the tradition of receiving physical mail from friends or family. Almost every email that comes into our inbox is perceived as a to-do, but tangible snail mail is a rarity that we all appreciate again amidst this digital age. There’s no rush to reply, there’s no record of who has seen the message. It’s as if the sender is saying “I thought of you so I wrote and sent you this mail. Take your time in getting back to me, the snail mail way.”  Life has never been busier, so knowing someone took the time to write a greeting card or letter instead of sending a quick online note is very much heartfelt. 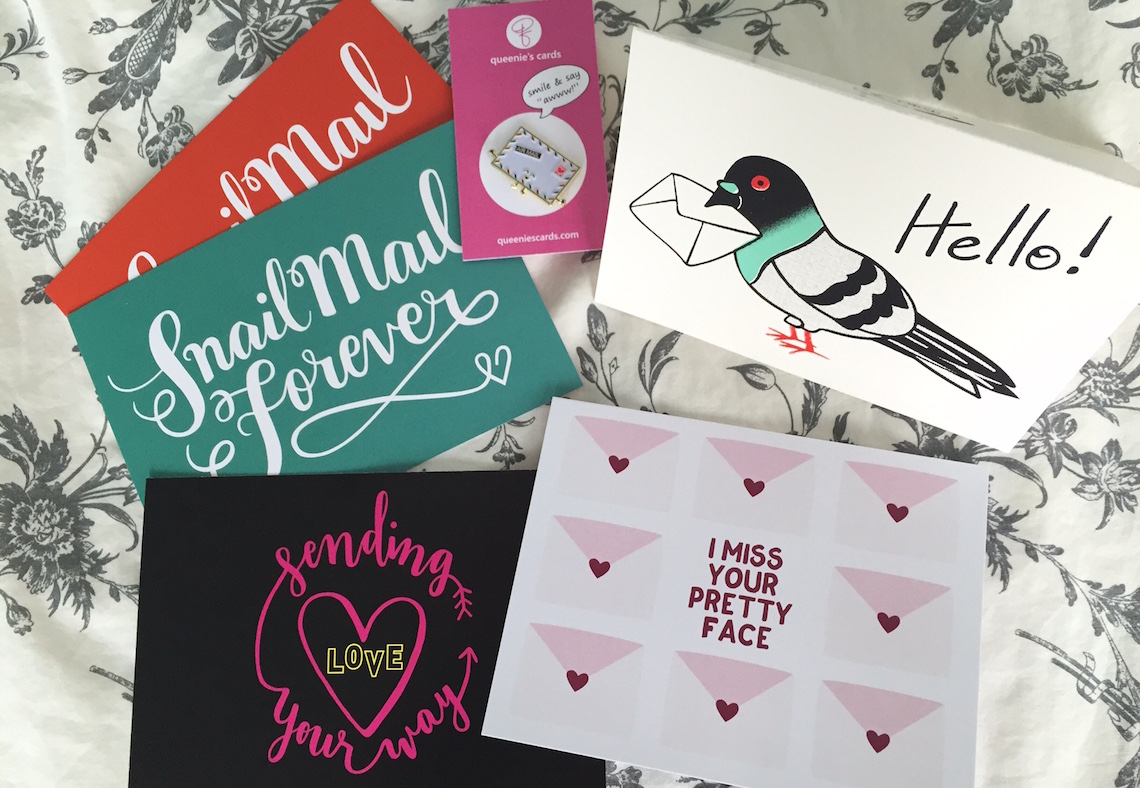